? Our amazing staff, dressed in red, gave all of our patients at the DC office red roses yesterday!

? Sadly, that refreshing water with citrus fruit in your office can do more harm than you think! Read below for tips on avoiding the acidity and still enjoying the benefits. The Oral Surgery DC Team
The health benefits of drinking lemon water are very well documented. In the past, we’ve even recommended you drink a large glass of it first thing in the morning.

By doing so, as reported by Food Matters, you unlock a whole range of benefits that include boosting the immune system, improved digestion and strengthening of the liver.

Not to mention the fact that it can quench your thirst like no other flavored drink out there, something much appreciated as the hot summer months creep up on us.

Lemon Water’s Effect On Your Teeth 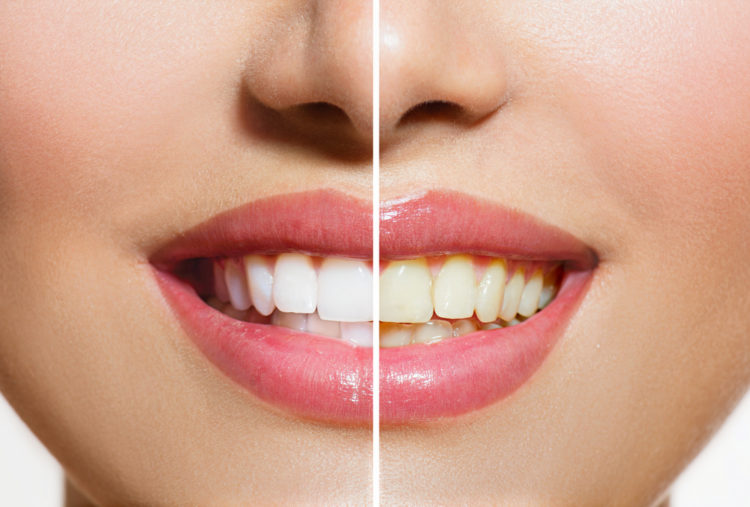 All citrus fruits, due to their acids, can damage your teeth. This is especially true for lemons. They contain high amounts of citric acid that quickly wears away at the enamel of your teeth.

Enamel is hard to grow back and once it’s severely damaged, it can even be irreparable.

Signs of enamel erosion include:

How To Get Around These Risks 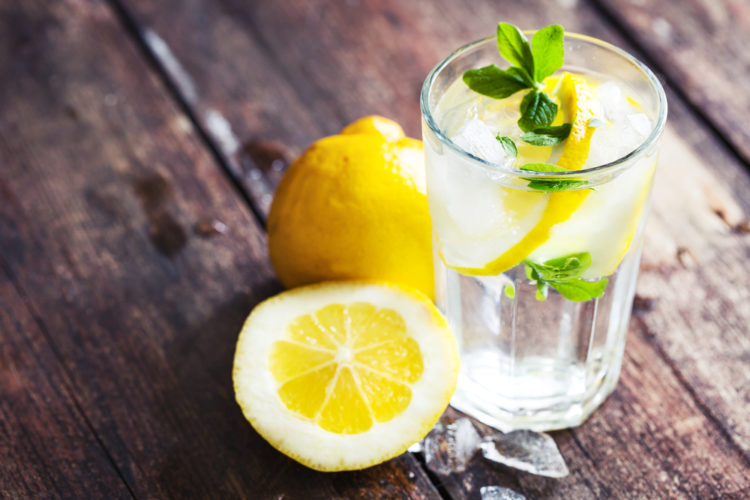 I mean, you don’t really want to give this up, do you?

Wait! Don’t give up on lemon water just yet. Despite the potential for harmful effects, there are things you can do to prevent damage. Here are a few:

? Need ideas on how to help receding gums? These four natural remedies may help: http://buff.ly/2djJRGg

? You may be surprised to know that a lot happens in your mouth when you lose a single tooth!

The average adult has 28 to 32 teeth, depending on their “wise” set of third molars or lack thereof. But besides the importance of brushing and flossing, how well do you know your chompers? From LED braces to pearly whites in hard-to-reach places, we bring you the tooth, the whole tooth, and nothing but the tooth.

1. SOME BABIES ARE BORN WITH TEETH.

About one in every 2000 babies is born with natal teeth, so sometimes baby’s first dentist appointment is only a few days after birth. Natal teeth usually grow on the bottom gums and tend to have weak roots; they’re often removed to prevent problems with breastfeeding and accidental swallowing. Being born with teeth can be a symptom of certain medical conditions, and ancient physiognomy associated it with evil—but it’s usually harmless. Advice columnist twin sisters Ann Landers and Abigail Van Buren were both born with teeth. So were Napoleon and Julius Caesar.

2. NOT EVERYONE LOSES THEIR BABY TEETH.

Losing baby teeth is a rite of passage, not to mention a small source of income for most kids. By age 3, the average child has a full set of 20 temporary teeth. These little chiclets loosen and eventually fall out as the permanent teeth below start to erupt. Children typically start losing teeth around 5 or 6 and finish in their early teens. But if a person doesn’t have a replacement permanent tooth, that baby tooth will stay put.

Mo’ molars, mo’ problems? Depends who you ask. People with hyperdontia have extra, or super-numerary, teeth. Most of these teeth remain hidden below the gumline, but occasionally they’ll erupt and crowd other teeth. If extra teeth crash a mouth party, a dentist can remove them, or an orthodontist can make bank straightening all of them out. Very rarely, a person will lose a “permanent” set of teeth at an older age, only to have a no-for-real-now set grow back in. The rest of us have to get dentures.

4. AND YOU MIGHT AS WELL DO SOMETHING WITH THOSE TEETH, RIGHT?

What exactly is the Tooth Fairy supposed to do with the teeth she collects? If she’s crafty, she might want to look into selling human tooth art on Etsy. Yep, there’s apparently a small—and more than a little creepy—demand for artsy molars and incisors. Exhibit A: These double rings made of molars. Exhibit B: This quirky pendant that, dare we say, looks really cute. But these molar cuff links? Designer imposters. Even actress Scarlett Johansson made a golden necklace out of one of her extracted wisdom teeth and gave it to her ex-husband Ryan Reynolds. Do you think she got it back after they split?

5. TUMORS CAN GROW TEETH, TOO.

No one wants to deal with an abnormal growth, but teratomas are especially icky. The germ cell tumors can contain several types of tissues and are usually found in the ovaries, testes, and near the tailbone. Some of them even contain teeth. And hair. And occasionally eyes, hands, and other limbs! Fortunately, many teratomas are benign and can be surgically removed. If you’ve got one, here’s hoping the Tooth Fairy sends you a get well card.

6. BUT A TOOTH IN YOUR EYE DOESN’T HAVE TO BE A BAD THING.

Ever hear the expression “I’d give my eye-teeth”? One woman literally gave her eye a tooth to restore her vision. In 2000, Sharon Thornton lost her vision to Stevens-Johnson syndrome, a condition that destroys the cells on the eye’s surface. Nine years later, the 60-year-old woman elected to try an unusual surgery. One of her canines was removed, so her cheek and dental tissue could be implanted in her left eye, replacing the damaged cornea. Within a day, the blind woman had regained 20/70 vision and the hope of improved sight in the future.

7. BRACES ARE COOLER THAN EVER BEFORE.

Back in ye olde days of orthodontia, the most creative thing the metal-mouthed could do with their braces was choose rubber band color. Today’s options include Invisalign or lingual braces hidden along the inside of your teeth. Or you can modernize traditional braces with glow-in-the-dark or LED technology. In the former option, fluorescent rubber bands or brackets glow when light-activated. (Orthodontists suggest shining a flashlight on the braces for a quick demonstration.) The Japanese clothing store Laforet Harajuku invented LED braces for a January 2011 ad campaign. Switched on by smiling wide, these multicolored flashing lights don’t actually straighten teeth. They will, however, make you the coolest kid at a rave.

8. BUT NOT ALL CULTURES CONSIDER STRAIGHT TEETH THE BEAUTY IDEAL.

Straight white teeth might seem universally appealing, but one country’s snaggletooth is another country’s sex appeal. (How do you think Austin Powers got so much action?) In Japan, crooked teeth called yaeba are so coveted that some women with perfect teeth get crooked veneers to enhance their smiles. They figure that crowded chompers make them look younger and more adorable, which makes sense. American parents could save lots of money if the trend catches on here…

9. HUMANS WILL EVOLVE PAST WISDOM TEETH.

A third set of molars helped our larger-jawed ancestors grind up roots, nuts, and leaves. But nowadays, 35% of people are born without wisdom teeth. Most of the rest of us are encouraged to get ours removed—our mouths are too small; our dentistry to pricey to screw up. When our bodies no longer need an organ or part, it becomes vestigial and eventually disappears. According to scientists, future generations will lack appendices, wisdom teeth, and maybe even little toes.